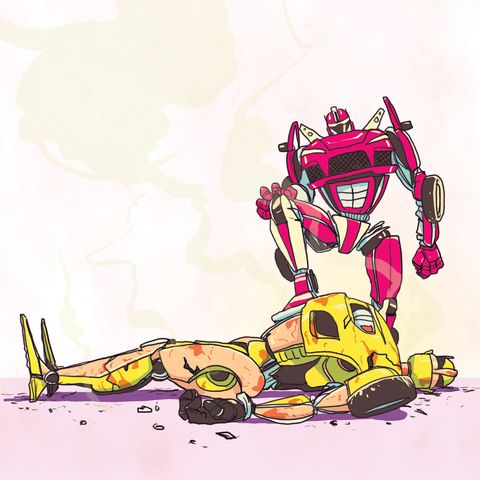 Illustration by Michael ByerCar and Driver

If it feels as if cars are going extinct, that’s because they are. By our count, 16 more will be gone by the end of the year. And like any extinction event, there’s an environmental change and a selection process at play. In this case, death comes not from an asteroid impact like the one that weeded out the T. rex; it’s all about what buyers want.

And what they want are SUVs. Just 10 years ago, buyers would stride into a place like Walt Lazar Chevrolet with visions of Impalas dancing in their heads, but today, they’re there to haggle on an Equinox. This movement from dull cars to dull crossovers has knocked several dullards out of our market. But is it such a loss? Are you really going to miss the Acura RLX, Buick Regal, Chevy Impala and Sonic, Ford Fusion, Lincoln Continental and MKZ, or the coupe version of the Honda Civic? Okay, maybe there’s a twinge of something in our throat for the two-door Civic, but it might just be a chicken wing.

Performance cars, provided they’re at the top of the segment, appear safe for the time being. But the death list has a few underachievers on it. The Lexus GS and Mercedes SLC withered from neglect. The BMW i8 answered the question “Does anyone want to pay six figures for three cylinders?” with a loud “No.” The pricey Cadillac CT6 went after the Germans but forgot to be good. The Alfa 4C Spider didn’t offer a manual and, despite its carbon-fiber structure, weighed more than a Mazda Miata. When given an actual Miata to play with, Fiat put a laggy turbo 1.4-liter into it, called it the 124 Spider, and expected us to love it.

A decade ago, brands would have redesigned these vehicles, and their replacements might have redeemed them. So for that, we mourn those possibilities. Also, their discontinuation leaves fewer choices for people who love driving. But brands are no longer automatically investing in developing replacements for underperforming models.

The contraction is distressing, but greatness lives on. Cars that you bond with, that make you laugh and trigger a dopamine dump, are still viable. Take the Dodge Challenger. That car dates back to 2008, but every year, a new and better version arrives. Continual updates ensure life beyond the sell-by date, and the whole Hellcat idea just keeps getting better and stupider in the best possible way. Passion begets passion, which begets sales.

The Challenger isn’t alone. The Mustang employs a similar strategy with gradual changes and shiny ideas like the 760-hp GT500. BMW and Mercedes continue to expand the reach of the M division and AMG. Audi is sending over a 591-hp RS6 wagon. Hyundai is getting serious about its speedy N cars. The mid-engine Corvette has a waiting list. Another manual Porsche 911 GT3 will happen. Sure, Acura might have killed the RLX, but the upcoming TLX Type S looks like a killer. These cars are compelling. And buyers need something compelling to stop them from going SUV. Other­wise, the market will shrink into trucks, sport-utes, and sports cars, with nothing in between.

There are some troubling losses: the Honda Fit and Toyota Yaris, for two. The Accord with a manual. That one stings. Few cars are as tied to the C/D ethos as that Accord. It felt like a secret handshake, as if the big H kept making the stick to recognize our tribe. But if that superb family sedan had a supercharged V-8 with more than 700 horses, we wouldn’t be hanging our heads. The survivors will be the fun ones, the great ones. Make us feel alive or die trying.

This content is created and maintained by a third party, and imported onto this page to help users provide their email addresses. You may be able to find more information about this and similar content at piano.io